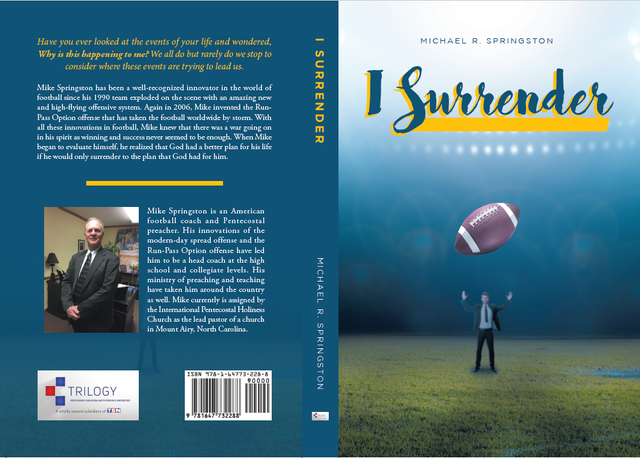 Have you ever looked at the events of your life and wondered, “Why is this happening to me?” We all do but rarely do we stop to consider where these events are trying to lead us.

Mike Springston has been a well-recognized innovator in the world of football since his 1990 team exploded on the scene with an amazing new and high-flying offensive system. Again in 2006, Mike invented the Run Pass Option offense that has taken the football worldwide by storm. With all these innovations in football, Mike knew that there was a war going on in his spirit as winning and success never seemed to be enough.  When Mike began to evaluate himself, he realized that God had a better plan for his life if he would only surrender to the plan that God had for him.

Mike Springston is an American Football Coach and Pentecostal Preacher. His innovations of the Modern Day Spread Offense and the Run Pass Option Offense have led him to be a head coach at the high school and collegiate levels. His ministry of preaching and teaching have taken him around the country as well. Mike currently is assigned by the International Pentecostal Holiness Church as the Lead Pastor of a church in Mount Airy, North Carolina.